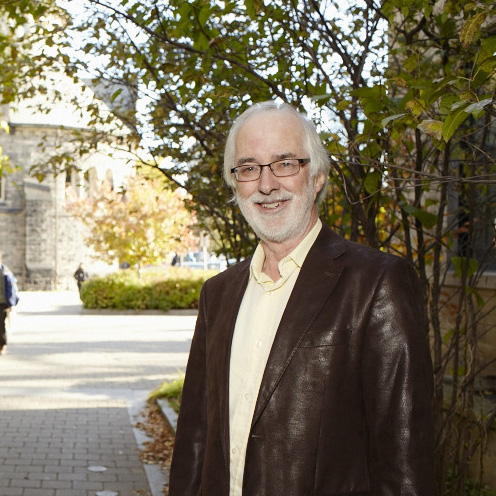 “It was a joy to work with so many dedicated and creative staff. ”

The annual JJ Berry Smith Supervision Award was created by SGS in honour of Berry Smith to acknowledge active faculty members who, over a minimum 15-year period, have demonstrated excellence in supervision at the University of Toronto.

I have always enjoyed a combination of research, teaching, and academic administration. What I most value about the University is that it allows and even encourages its members, both faculty and students, to be individuals and “do their thing.”

I had just finished seven years as the first director of the Human Biology Program in Arts and Science when I was asked to become the first Vice-Dean, Students. I jumped at the chance. The new position promised to be one in which I could use past experience and perhaps make a positive difference to the student experience.

One of the main functions of my position was as problem-solver. I met many students who needed help navigating through a difficult moment in their program. The most rewarding interactions, though, were with two groups of students: those involved in student organizations and those nominated for or winning major awards.

I would identify at least three things that were remarkable about my experience as Vice-Dean at SGS. First was the opportunity to learn from, and occasionally affect, a wide diversity of smart and enthusiastic people across the University. Second was the encouragement to be creative in improving the graduate environment—formation of the Graduate Professional Skills Program, establishment of the Grad Room, the move to electronic theses, modifications to policies, and rewriting of the Supervision Handbook, are major involvements that come to mind. Third was the SGS environment itself; it was a joy to work with so many dedicated and creative staff.

I have spent 48 years at U of T! I feel very lucky to have spent the last seven as Vice-Dean, Students, at SGS, in many ways the most enjoyable and rewarding time of my career.

The most obvious development in graduate education is the fairly recent enormous growth in the number of students and programs, particularly in professional master’s degrees. Curiously, most of this growth followed a downsizing of SGS, which has meant greater responsibilities at the departmental level. One welcome result has been that SGS is moving toward a more value-added, supportive role, and less of a processing, rule-enforcing one.

Another development has been a gradual cultural shift away from the one-on-one doctoral supervision model towards a more team-oriented, networking, and interactive model.

There has also been a significant and positive change to the way graduate education is funded. In my early years, students were funded at the whim (and means) of their supervisor. Now, most research master’s and all doctoral students receive a basic funding package for a defined number of years of study. There has also been an increase in the number and value of both external and internal scholarships.

Our students have always been among the best and brightest in Canada and the world. I think the environment in which to study and grow that we provide has improved immeasurably in my nearly 50 years at U of T. I am enormously grateful to have been able to play a tiny part in that.